MJ Banias is a co-founder and the current Editor-in-Chief of
The Debrief, a news media company dedicated to covering emerging science and disruptive technology. His work has also been published at The Globe and Mail, Popular Mechanics, and VICE.

He is the author of "The UFO People: A Curious Culture," and he has been interviewed by the BBC, Cheddar, Coast to Coast AM, ABC, The CW, History, and many other respected podcasts and radio programs.

He is a recurring cast member of the History Channel's "The Proof is Out There," and he appeared on The CW's "Mysteries Decoded." He also consulted for and appeared in VICELAND's second season of The Devil You Know.

His work has also been featured in Fortean Times, Mysterious Universe, FATE Magazine, and in a book entitled UFOs: Reframing the Debate.

​He lives in Canada with his wife, three children, and a massive cat.

Below is a small sample of MJ's work. 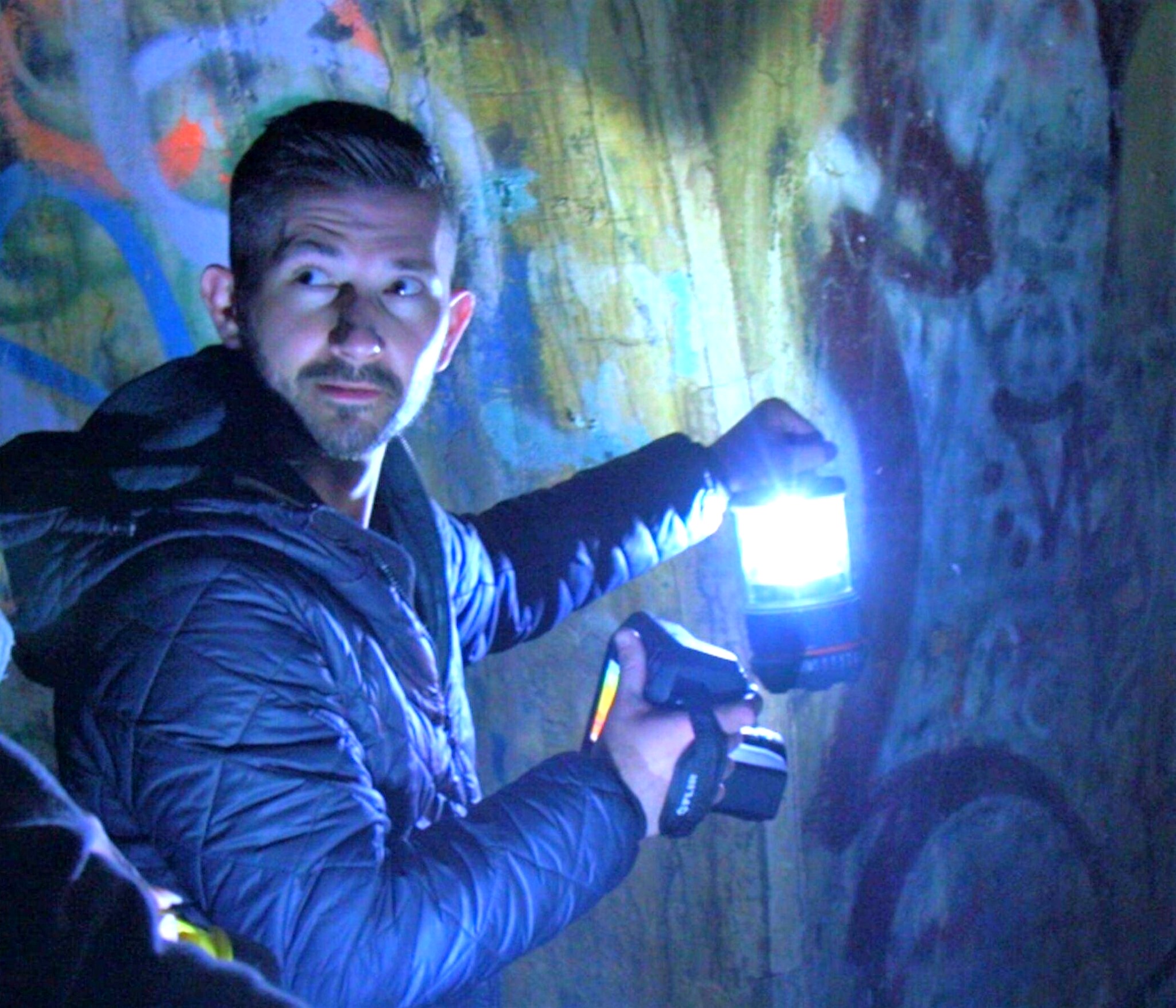 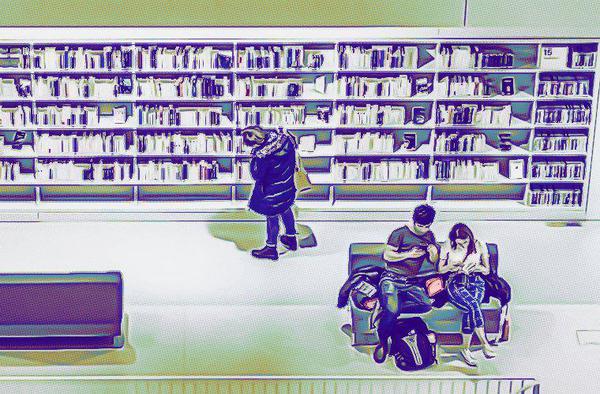 Getting a book published is difficult. Earning money from it is Herculean. While technology has made the physical act of book publishing easier, it has not solved the problem of writers earning a living wage from book writing. However, a handful of writers are using the recent NFT boom to publish their books, and it may just pay off. 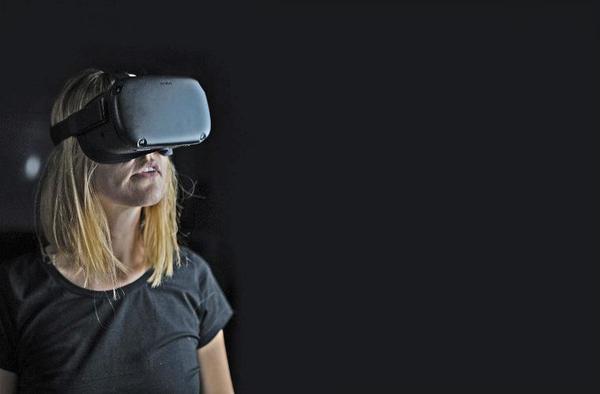 Virtual Reality Training Could Save Us From A Future Labor Crisis

As the world continues to deal with the pandemic, virtual reality has become a popular entertainment pastime. However, as businesses and employers continue to juggle the future of their employees, the use of virtual reality in employment training may stave off a future labor crisis. 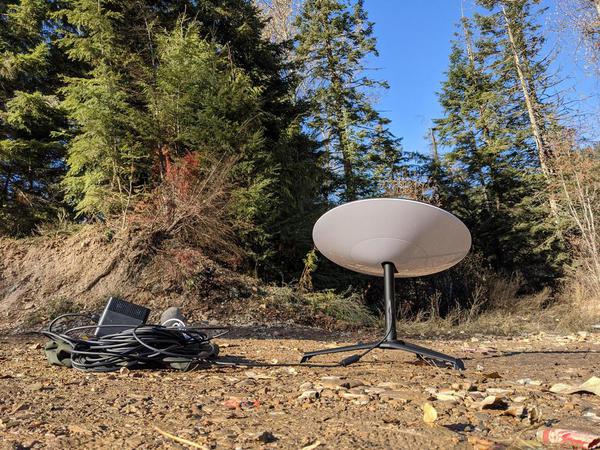 As low-orbit satellite internet providers, such as Elon Musk’s Starlink, begin testing their services, security analysts recognize the potential disruption these systems could cause to authoritarian regimes as people start accessing an open and uncensored internet. In countries like Russia, China, and North Korea, where information dominance and control are essential to the regime’s survival, low-orbit internet satellites could pose a significant challenge. 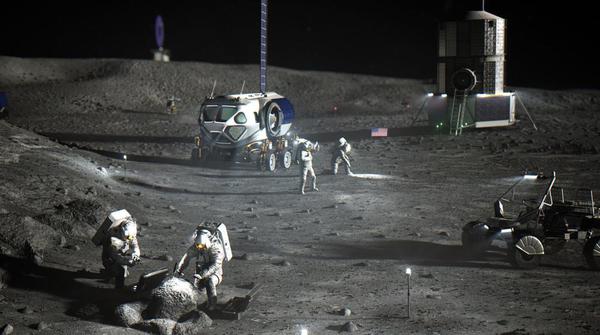 NASA Will Build Artemis Base on the Moon's South Pole

As NASA prepares to put American astronauts on the Moon in 2024, the organization must decide where it will place the Artemis base camp that will eventually house astronauts, rovers, scientific equipment and serve as a permanent settlement for future lunar missions. Though several locations are being considered, they are all near the lunar south pole. 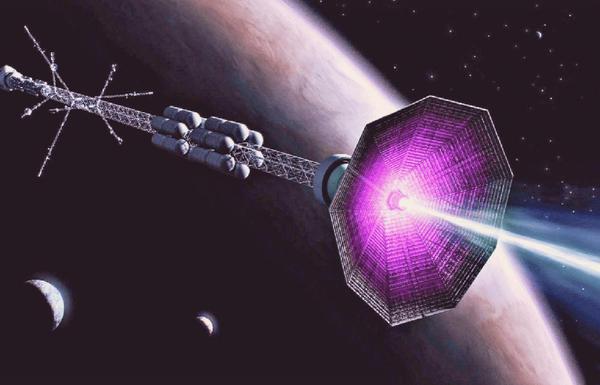 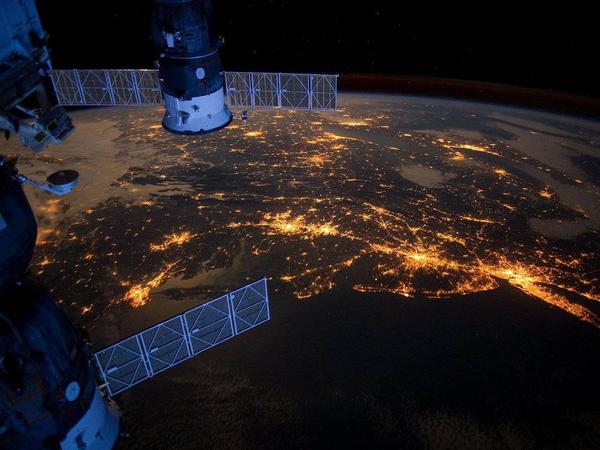 Section 31: The Military Coders Who Hacked How We Track Objects in Space

With many nations viewing outer space as the next battleground, intelligence gathering becomes an essential component of maintaining friendly space operations. As world governments build up their presence outside of Earth’s atmosphere, a group of coders has hacked its way into keeping track of all those orbiting objects, both known and unknown. 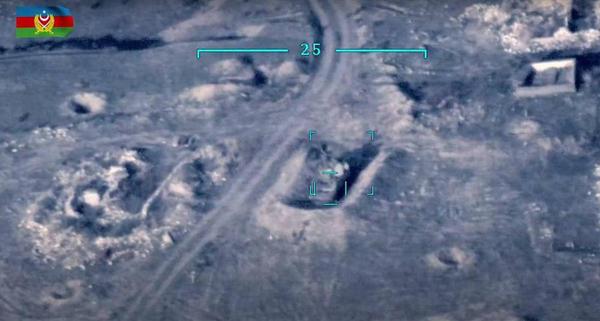 Lethal Drones Won't Transform Warfare But They Will Transform Terrorism

Lethal drones have become a mainstay of military arsenals worldwide over the last decade. World powers and smaller nations have been pouring significant resources into purchasing unmanned aerial vehicles, or UAVs, for defense purposes. Many believe that UAVs will reshape the overall nature of warfare itself, but experts are far more concerned that this technology will be truly transformative when placed into the hands of non-state actors and terrorists. 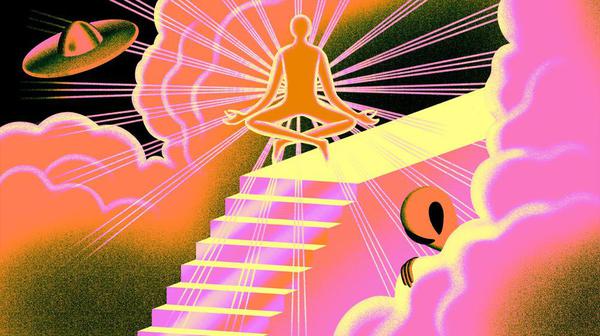 UFO Conspiracy Theorists Offer 'Ascension' From Our Hell World for $333

Standing in his warmly-lit living room, the popular UFO conspiracy theorist David Wilcock was telling his YouTube Live audience that the "Illuminati Deep State" was responsible for the COVID-19 pandemic and that he knew the secrets of how to save humanity from the crisis. More than 20,000 people were watching; hundreds of dollars in donations began rolling in via YouTube Superchat. The video now has more than a million views. 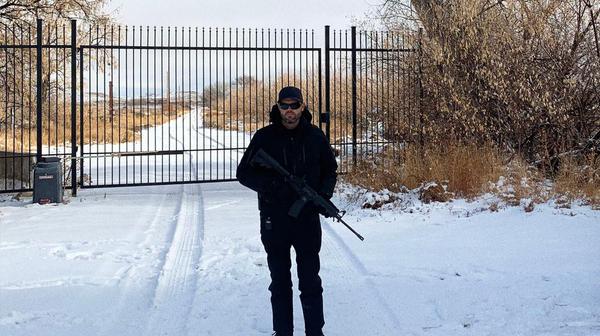 Inside Skinwalker Ranch, a Paranormal Hotbed of UFO Research

The long red mesas of Utah’s Uintah Basin greet us as my driver, an American real estate mogul and tech investor, pulls us into Fort Duchesne. Looking out my window, we are finally out of the mountains and in the valley. My mind is lost in thought about the legends here, the supposed curse that now haunts this land, and the men and women who have experienced that curse head on. I have monsters on my mind. Well, actually just one: the Skinwalker. 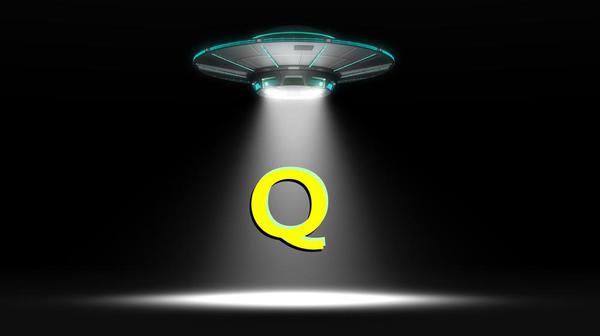 QAnon and UFO Conspiracies Are Merging 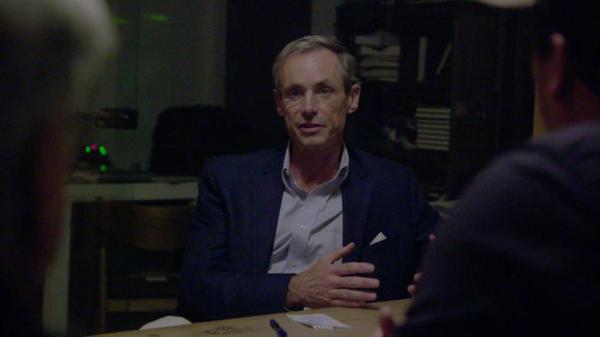 In the recently released UFO documentary The Phenomenon, Chris Mellon, the former Deputy Assistant Secretary of Defense for Intelligence, stated that he was the source who provided the New York Times with the three infamous UFO videos it published in 2017. 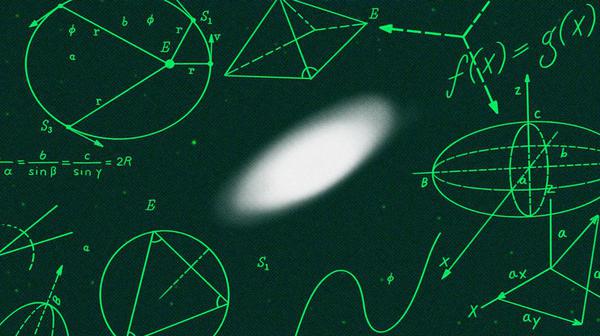 The Subtle Art of 'Hacking' UFOs

The UFO community might be looking for aliens, but with projects like Sky Hub, their work could yield technological breakthroughs even if they don't find any. 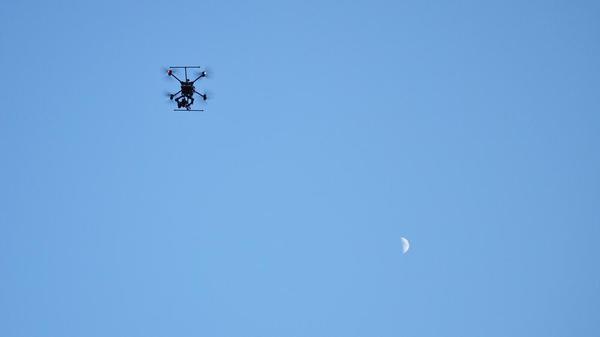 Those Colorado Mystery Drones May Actually Have Been SpaceX Satellites

Some mystery drones that confused and worried residents of Colorado might have been Elon Musk’s SpaceX satellites, Motherboard has learned via a public records request. 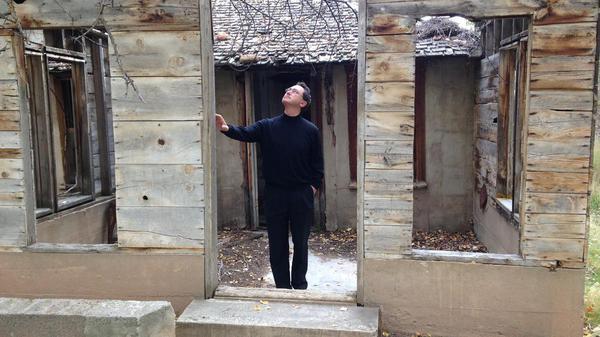 This Is the Real Estate Magnate Who Bought Skinwalker Ranch, a UFO Hotspot

The person who owns the infamous Skinwalker Ranch, a supposedly haunted UFO hotspot in Utah, has decided to come out of the shadows. 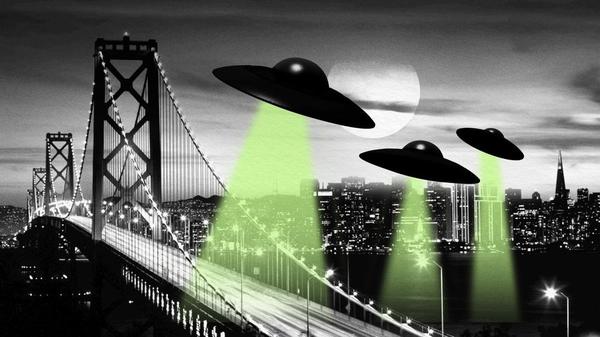 With this summer’s revelation that the US Navy considers UFOs and “Unidentified Aerial Phenomena” (UAPs) to be real, a team of venture capitalists, university professors, and military veterans are launching a project to track UFOs off the coast of California. 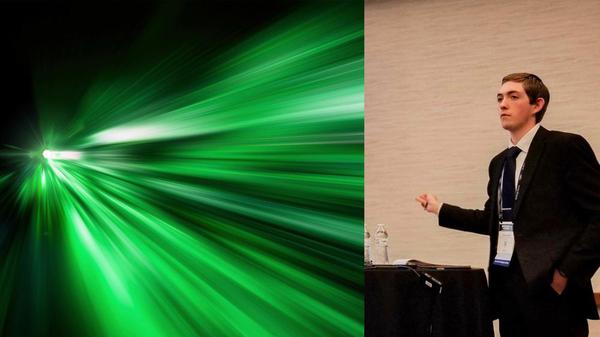 Humanity ripping around the galaxy using warp drives is still the stuff of science fiction, but propulsion scientists are getting closer to understanding the physics that could take us there. And an undergraduate student at the University of Alabama, Huntsville, is now one of the leading scientists exploring the physics. 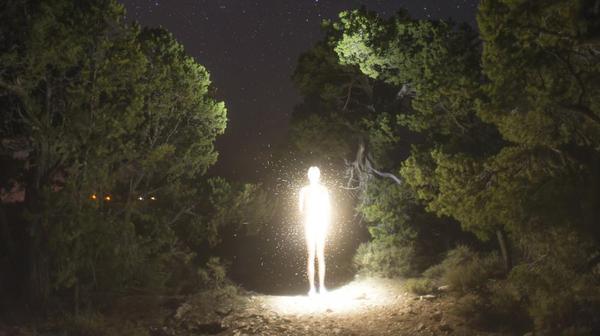 Those cheap glow in the dark alien toys sold at dollar stores across North America may actually be a helpful tool in how scientists plan to detect possible alien life. According to a recent paper in the Royal Astronomical Society, some organisms adapt to harmful UV radiation in a curious way: by glowing. 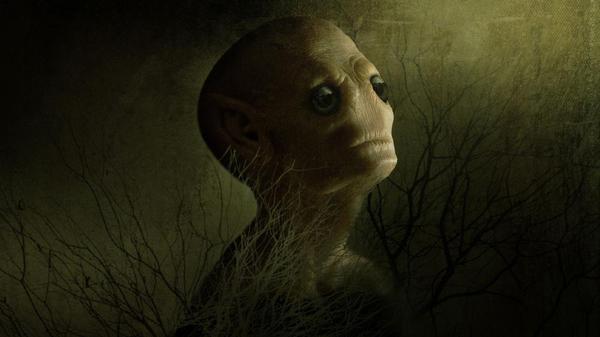 Paranormal Filmmakers Are Skipping Streaming and Publishing Straight to YouTube

In a world where Ancient Aliens, Project Blue Book, and a host of other similar shows on mainstream cable, it may feel like we're living through a paranormal television renaissance. And we are. But the most interesting work isn't happening on cable or even streaming services like Netflix—it's happening on YouTube. 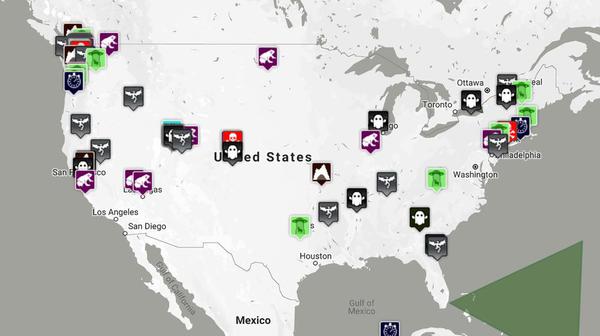 This Crowdsourced Map Documents UFO Sightings, Cryptids, and the Supernatural

If you’ve had a weird unexplainable experience, two guys in Seattle want to help you log it and track it on a global map. I have a new favorite place on the internet, and it is Liminal Earth. 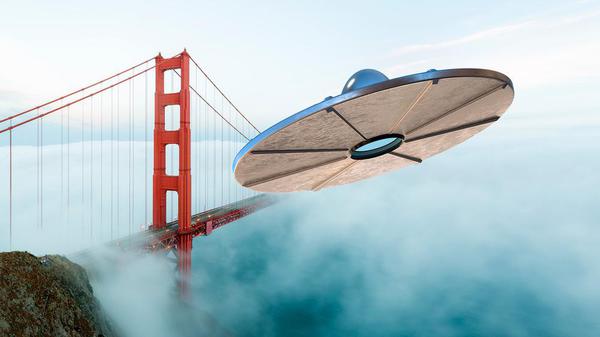 There would be nothing more disruptive than the sudden discovery of aliens. Perhaps that's why a small contingent of Silicon Valley is so interested in UFOs—and wants to know who's piloting them.

50 Years Ago, the Air Force Tried to Make UFOs Go Away. It Didn't Work.

Fifty years ago today, the U.S. Air Force announced the closing of its most famous UFO investigation program, Project Blue Book. While the government’s goal was to “make UFOs go away,” it forced a community to take matters into its own hands. And it worked: If the events of this year alone are any indication, UFOs remain as hot of a topic in the general conscience than ever. But we wouldn’t be here if it weren’t for Blue Book. 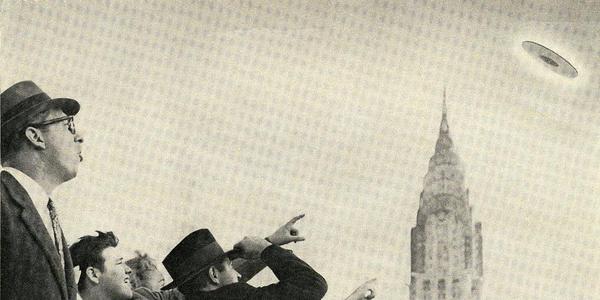 For decades, academic researchers have dismissed the study of UFOs as pseudoscience. But as the evidence becomes harder and harder to ignore, some organizations are finally taking steps to make the field legitimate.

The Globe and Mail 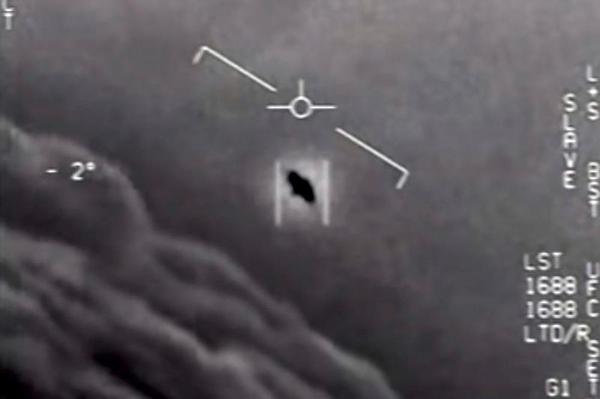 Opinion: The United States deems UFOs a national security threat. Why is Canada not taking it as seriously?

The recently released 2019 Canadian UFO Survey indicates Canadians see about two or three unidentified flying objects a day, and while many will laugh UFOs off as being a silly fringe delusion, several sighting events reported to Transport Canada present in the 2019 survey, such as those outlined above, involve pilots coming into close proximity with unknown aerial objects, and indicate a clear risk to air safety. While the U.S. government is actively investigating UFO reports and Congress is calling for more public oversight on unknown aerial incursions, the Canadian government seems to be doing nothing.
Close ✕